Help in the capture and control of Moisture, Mould and Malodour. 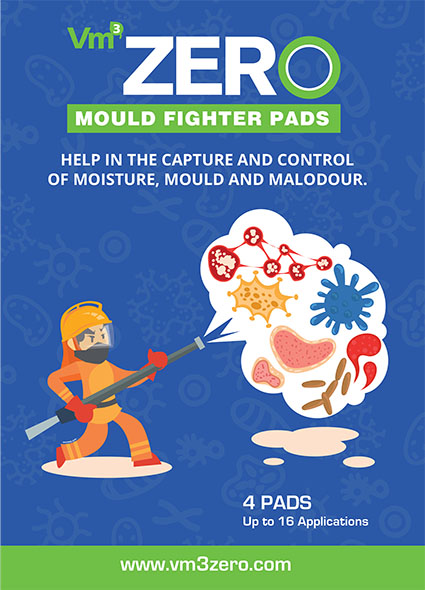 Mould Fighter has been shown by independent laboratory testing* to capture and kill mould and reduce levels of moisture and malodour.

Mould Fighter is suitable for use anywhere mould is present. In waste bins, refrigerators, cupboards, wardrobes, on walls, carpets and ceilings, in cars, caravans and boats to significantly reduce mould and the presence of its spores as well as remove the damp smell.

Mould Fighter Pads are made from environmentally friendly contents and contain no harsh chemicals.

While Mould Fighter kills mould, it will not remove the black marks of mould.